Lessons & learnings from examining the last war for talent

Topic:
Hiring & Talent
About the author:

Understanding the power in your organization's story

2015. The Great Recession of 2008 had receded and banks were desperately searching for talent after several years of hiring freezes. This was not just renewed market confidence, though. A new age of technological innovation was dawning with the rise of digital banking; and local branch networks were becoming a burden. Banks were being forced to adapt to a new age, and that required transformation of talent as much as of the business.

As if all at once, the juggernauts of the financial services industry began to pillage the tech sector for expertise, trying to attract any talented engineer who expressed openness to a conversation. Banks used one simple message to potential hires: “Come help us disrupt an industry that desperately needs to evolve”. The idea of disruption was often convincing at the outset, but frequently location, slow processes, and overwhelmingly bureaucratic decision-making made hiring for the banks an almost infeasible task.

Many times, searches would reach the final stages only to ultimately lose the candidate. Some would say that candidate attrition is a challenge in any search process; but when three months of interviewing, followed by a month of drafting an offer fail to yield a viable agreement, you have to ask whether the banks were serious about change – or perhaps ineffective at articulating that commitment.

It’s no surprise – studies like this one from LinkedIn consistently show that “employees who understand their purpose and contribution to a company’s mission are more committed. Passionate work brings clarity, drive and happiness. If work is meaningful, they’ll be more likely to stick with it, which means your tech team is more likely to be successful.” Tech’s brightest stars didn’t want to work for slow moving and old-fashioned banks – especially when the challenger online banks were already offering something enticingly disruptive.

Fast forward three years to today and the banking industry has achieved a complete turnaround. Few would have predicted this extraordinary turn of events. The big banks have launched a large number of new digital-first banking/lending products – for example, Marcus from Goldman Sachs and Finn from JPM Chase. The senior technologists who made Marcus possible were hired from organizations like OnDeck & PayPal. These leaders were given permission to hire their personnel at once – even before the actual job started.

How did this happen? In today’s fast-moving world where good talent is hard to find, employers must use every tool at their disposal to recruit effectively. Nearly every organization has relaxed its dress code, launched expanded employee benefit programs and created office layouts that challenge the regimentation of the past. But these changes, unless shared widely, will only serve to retain talent rather than recruiting the best. Companies must educate those outside of their domain on the new culture, and it will take time to evidence.

The traditional banks attacked these challenges relentlessly. They changed their corporate cultures, streamlined their hiring processes to accelerate program initiation, and hired Executive Recruiters to map out the market. They capitalized on their existing brands, realizing that there is still plenty of latent cachet in banking’s top-tier performers. And they became evangelists for tech, running events and accelerators like Goldman’s GS Accelerate or Wells Fargo’s six-monthly program; investments of time and money which also told the tech world that traditional banking was on the move.

Coupled together, these efforts mean that banks have been able not only to solve their hiring challenges but also to become a credible force in the war for tech talent – a war where the Apple/Facebook/Google axis has been dominant for so long.

A squeeze for challenger fintech brands

This presents a significant challenge to the current crop of fintech startups. Today, the market for tech talent is as constricted as ever. Given heightened competition in the Financial Services sector with the likes of Facebook and Google expanding their payment offerings, fintech ventures will face deeper recruitment challenges than the banks did only a few years ago.

Worse still, the competition for talent is broadening across sectors. Organizations wishing to innovate recognize that access to cross-industry talent is crucial. After all, if organizations only employ executives from their direct competitors, their innovation efforts will only ever match those of their peers. Companies which truly wish to disrupt must look beyond their traditional talent pools to enhance their organizational capabilities.

And while the fintech sector talks a good game, demand for tech talent is everywhere. Only three of 2018’s big tech IPOs(the Dutch platform Adyen, Zuora and Cardlytics) can be considered anywhere on the fintech landscape – elsewhere, SaaS services and cloud infrastructure rule supreme. So the best talent has plenty of options.

FinTechs must learn the lesson from the banks they so desperately wanted to make obsolete. We find ourselves at a point in time where they no longer carry the same mystique that once made them so attractive to talent. Too many disappear as fast as they start up.

In order to compete against rivals boasting household brand recognition and practically unlimited capital to deploy, challenger fintechs must harness the one thing they have that their larger competitors often lack: a compelling story. Think of your perception of the fintech unicorns: Stripe, Credit Karma, Klarna, Zenefits, Revolut or particularly Transferwise. They are all exceptional at presenting their stories to the public and so to talent as well. Being able to relay that story, to identify the higher purpose that a company serves, is what allows you to convince the most capable and sought-after talent – people with career choices that truly span the world – that this is the right company for them.

When FinTechs can create compelling story and message it correctly, talent once thought unobtainable will suddenly start picking up the phone to answer your call.

Lessons & learnings from examining the last war for talent 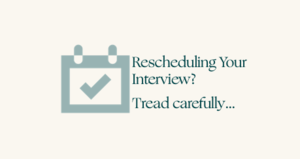 Need to reschedule your interview? Here's how to do it 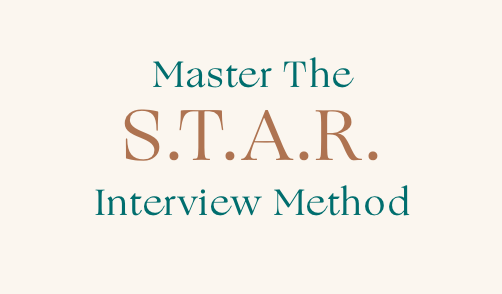 Mastering the STAR Interview Method - How to be prepared 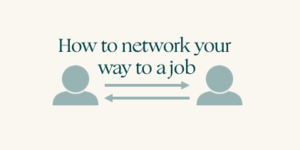 How to effectively use your network to find your next job